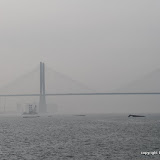 “You have to love a nation that celebrates its independence every July 4, not with a parade of guns, tanks, and soldiers who file by the White House in a show of strength and muscle, but with family picnics where kids throw Frisbees, the potato salad gets iffy, and the flies die from happiness.  You may think you have overeaten, but it is patriotism”.  Erma Bombeck

We are truly thankful that we are free to enjoy family and close friends picnics, watch our children do flips in the pool, take time to spend a day at the park and conclude the day of festivity by watching the dark night sky light up with a beautiful display of fireworks. This is all because of brave men and women who believe in in and love America so much that they are willing to make the ultimate sacrifice in the name of our individual FREEDOM.  While we are enjoying our freedom these individuals are protecting us all in the name of FREEDOM. We hope you take a few moments to reflect on the meaning of the 4th of July and what it means to you…

With that being said, we hope you all had a wonderful holiday weekend this 4th of July. We sure did! We ended up heading down to Songtan where the Air-force base located. Mr. B had his mind made up that he wanted to purchase a custom tailored sport coat from a place called V.I.P Tailor that we had heard and seen amazing suits from.

Mr. B ended up picking out a beige linen material that looked really sharp! The quality was really impressive! HA-HA! I even ended up breaking out of my non-spending money shell and got measured for a suit jacket with matching skirt and pants.

We highly recommend the V.I.P  Tailor to anyone looking for a suit or business attire. Due to the weather our photos and video are a bit grainy because we decided to only carry our iPhones. We did capture a short video of the owner Song Ji Yun showing customers the difference in spotting quality hand stitched and pressed clothing from that of bad quality and glued and pressed ones (will post and share later). Once we learned we were pretty impressed and now are always looking to see what the tailors are selling.

Now we must tell you that Miss Yuns personality is a bit much  at times but she does know her stuff and her customers are always repeating and referring others.

After we accomplished ordering the suit, we had the entire weekend to do whatever without a set schedule or plan and that really felt nice!

As we said the weather wasn’t the most ideal but we made the most of it. The rain showers went and came all weekend so at times we didn’t need to carry around an umbrella and we did get lucky enough to go check out Asan Bay. The bay is located about 20 minutes away and has a nice little boardwalk that runs parallel with the water. When we say boardwalk we don’t mean the boardwalk like at the beach loaded with all sorts of vendors and eateries. There are some vendors and there are plenty of seafood eateries to pick from but it’s on a much sporadic level. We decided after snapping some pictures and walking around that we would like to come back and eat at the one restaurant.

So next we have to tell you about our Dr. Fish experience! We have reviewed a few blogs that suggested restaurants and things to see and do while in Songtan and a few talked about Dr. Fish. Dr. Fish is the

Garra Rufa  fish. The fish is a small species of freshwater fish that was originally found in the North and Central Middle East (we were told most commonly, Turkey).

Dr. Fish is commonly used for treatment of skin patients with problems such as psoriasis and eczema. What the Doctor Fish does is gentle nibbles and sucks on dead skin leaving soft skin underneath (these fish only nibble on the dead skin). As the fish nibble away at your dead skin it releases an enzyme secretion and Dithranol which helps skin regenerate faster. So basically it’s like a natural exfoliate.

Once we found the place and got there we all had thoughts of, “What do you mean the fish eat your skin? Are you serious? Does it hurt?!” soon enough our questions would all be answered.

First you scrub and rinse your little toesies off, roll up your pant legs and find a spot to sit around a hot tub shaped soaking pool (that is filled with cool water and the little fishies)…That’s it!!!

Next put your feet in the water and relax…You might giggle, scream, tense up, it all depends on how you react.

Mr. B laughed at first and said it felt like teeny bubbles, I thought it was a little weird for the first minute and sort of didn’t know what to think, but then it was quite relaxing (after getting past the fish sucking fast to my feet). Doris didn’t like the fish on the bottom of her feet and would say “get out of there!” and move her feet slightly. Hector was the same as me and didn’t quite know how to react.

We took some video with pictures to share our crazy experience. Again, we apologize for the quality.

The Nail Shop is called Escape Spa; the phone number is 031 – 665 – 9751. The staff members speak excellent English and are extremely helpful and professional. We only paid 6,000 Won per person for the Dr. Fish treatment (typically lasting 10-15 minutes) however our toesies were in the tub for a good half hour.

We ended up trying out the Meat House restaurant. Another suggested restaurant on numerous bloggers places to try. We all really enjoyed it! Priced at 12,000 won per person, all you could grill and eat meat, Korean foods, and choices of beer, wine, cider, and soda. What wasn’t to like?! We all agreed we would go back. However next time we found an authentic German restaurant that we will give a shot.

We want to end this blog post on a sweeter note. We found a quaint coffee cafe located in the tucked away streets of the Ville area in Songtan. The cafe is called From in. The space boast a rugged and cool feel with unfinished cement floors, walls, and celling.

The menu is hung high on a chalk-board with tons of drink choices that could appeal to anyone stopping in. Plus From in features delectable mini dessert pies, mini cheesecakes, and tiramisu.

Seating is a hodgepodge of cute wooden and wicker tables and chairs with pillows for extra comfort. When we were there for the first time at night the sliding glass doors were propped open to let in the cooled summer night air. The music that filled the air was a perfect fit with cafe mixed songs like unchained melody, fly me to the moon, and Ricky don’t lose that number.

Mr. B the coffee aficionado ordered a shot of espresso, and a caramel macchiato. He said that they were done perfectly and would go back. Of course we did end up going back the very next day. We much rather would give business to this little mom and pop shop than Starbucks any day. I ordered a hot vanilla Chai tea and I’d rank it the best one I have ever had.

We got to know the owners daughter after chatting with her a bit. She spoke fluent English and Korean. She told us that she is an American citizen but was only born there and lived there until the age of two. Her father is American and her mother is Korean.

She was so accommodating! She even told us how she made the Chai taste so good! We got a card and told her we wanted to give her a shout out on our blog. Please see below. (We will have to snap better pictures next time because the ones we have on our phones doesn’t give it justice)