What a delicious post-op we had this weekend in Gangnam. Surprisingly after living here over three years, we’ve never really ventured out in Gangnam. Kelsey met us before our eye appointment with plans to grab lunch together afterwards.

The weather was just beautiful! A perfect Spring day! After getting an all clear on both of our eyes we strolled around the main and back streets of Gangnam, with our shades on of course. There were just so many delicious choices! Eventually we settled on Indian.

Mano is an Indian restaurant with some Korean fusion. I think the photos below say it all. Spicy and delicious! We’d defiantly will go back in the near future for more. Plus I’m lusting over their collection of Le Creuset serving dishes. Just gorgeous! (On my wish list) 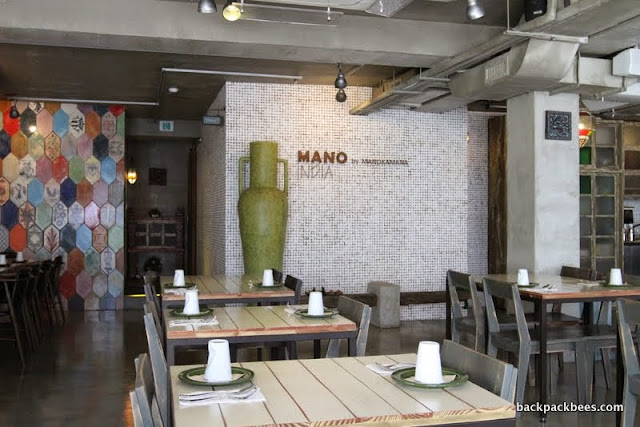 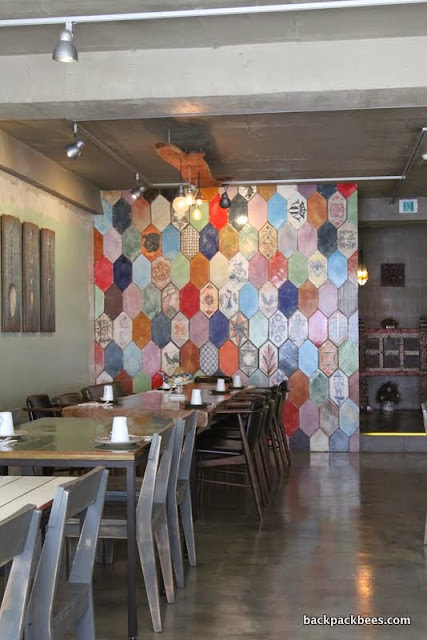 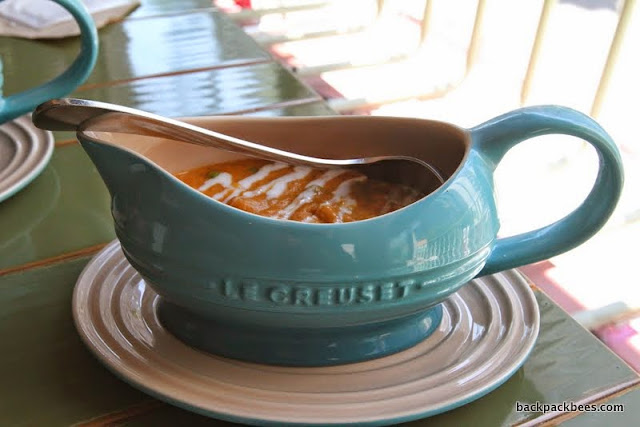 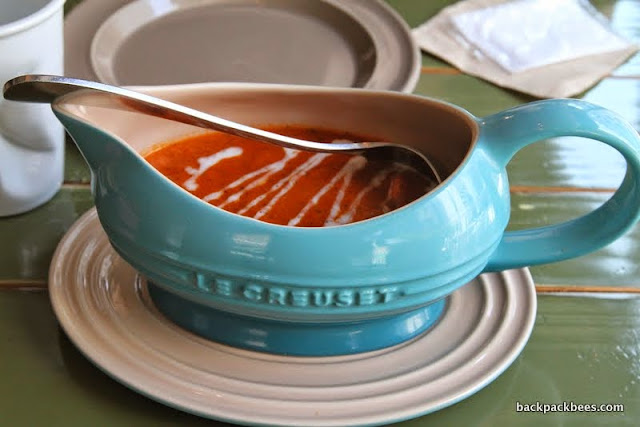 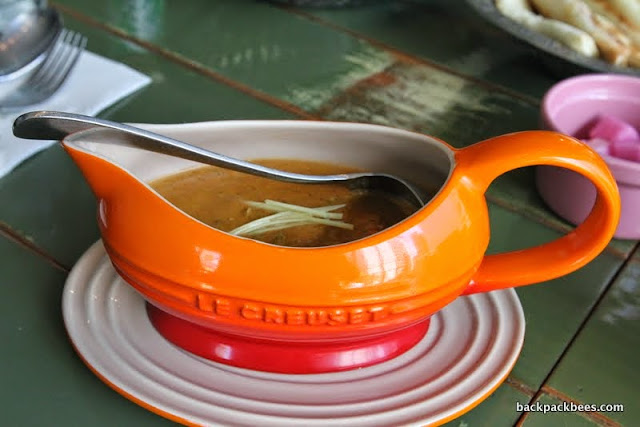 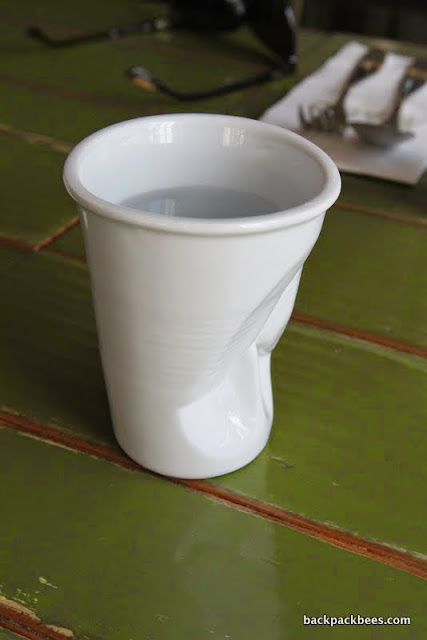 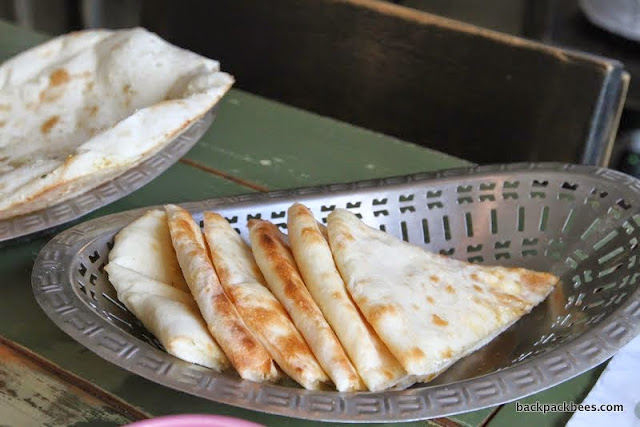 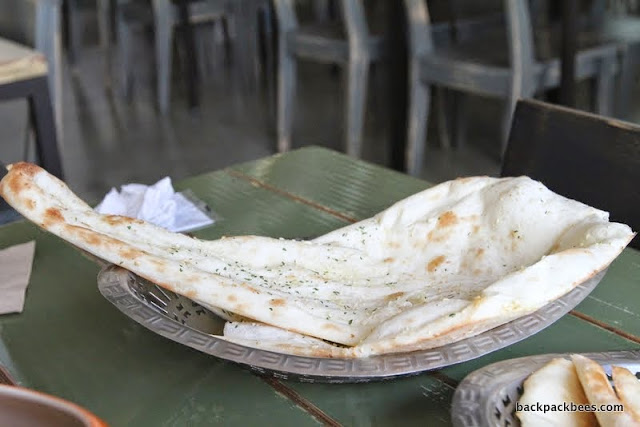 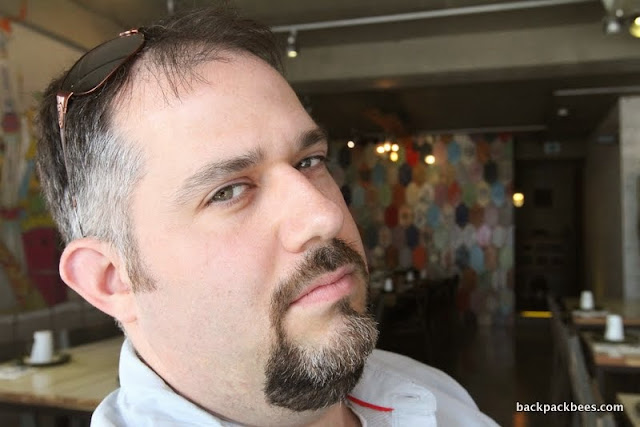 We had to take Kelsey to experience the cutesy Ann House Cafe. Her only request for this weekend was to enjoy Potbingsu before leaving on her holiday to Japan. We all ordered different versions of Potbingsu, butt spoons and all. Can you guess who ordered what? 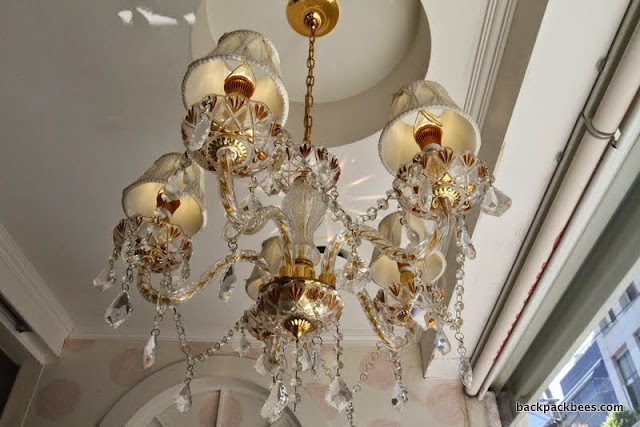 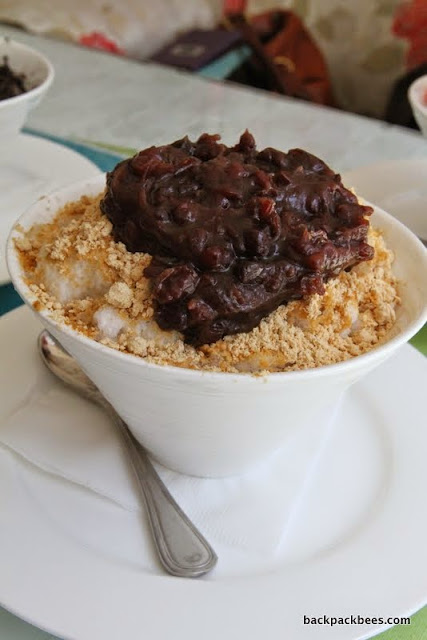 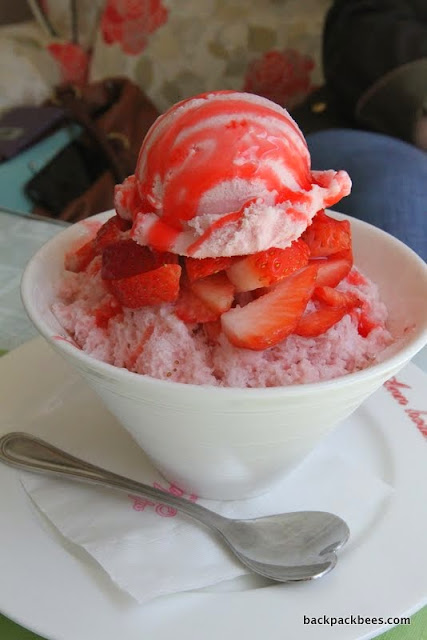 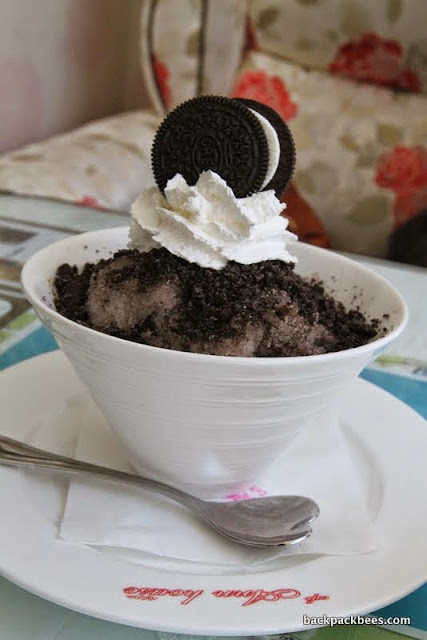 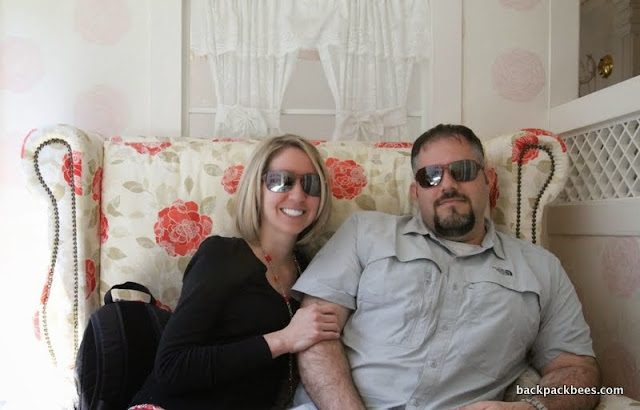 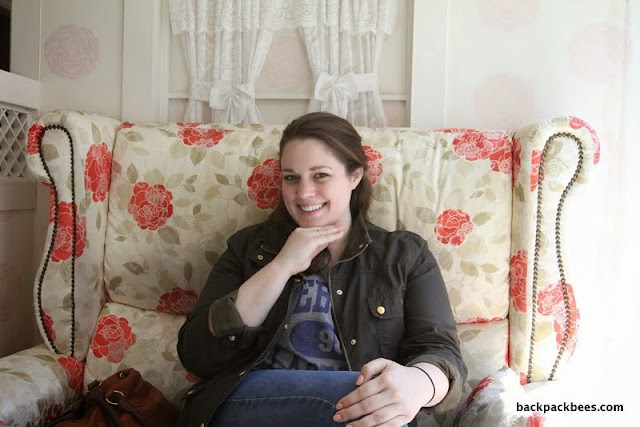 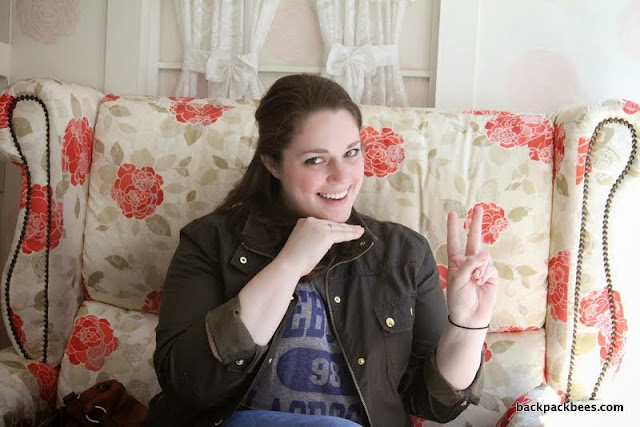 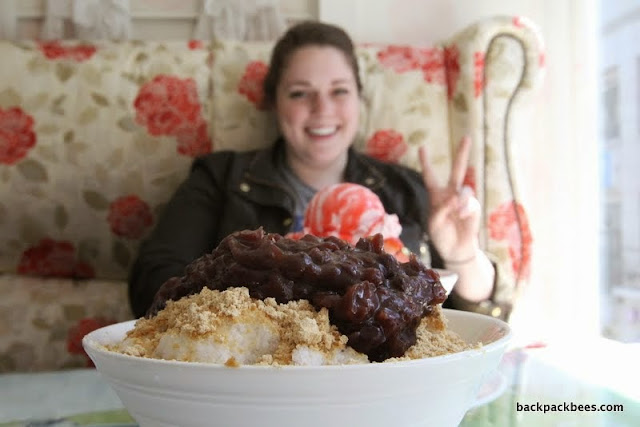 Until our next post-op adventures.

By subway: Gangnam, outside Exit 4 of Sinnonhyun Station. The restaurant is on located on your left. 2F of 619-18 Yeoksam-dong, Gangnam-gu, Seoul 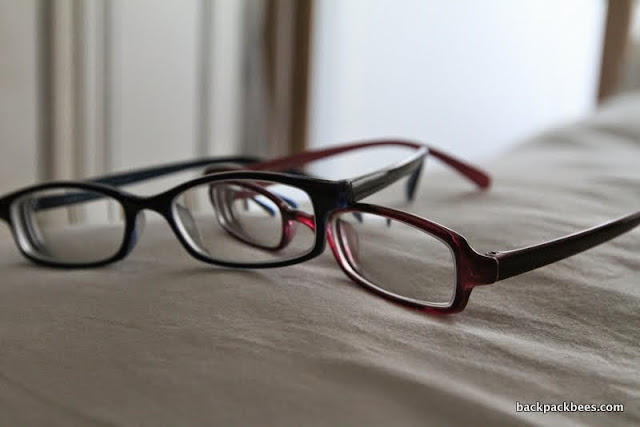 So after three years of Mr. B talking me into getting LASIK we finally took the plunge! I cannot express the felling I have being able to wake up each morning post surgery and instantly be able to focus of things around our bedroom and not straining to see very fuzzy objects. The sun light pouring in is just amazing! Buh-bye twenty some years of wearing corrective lenses! 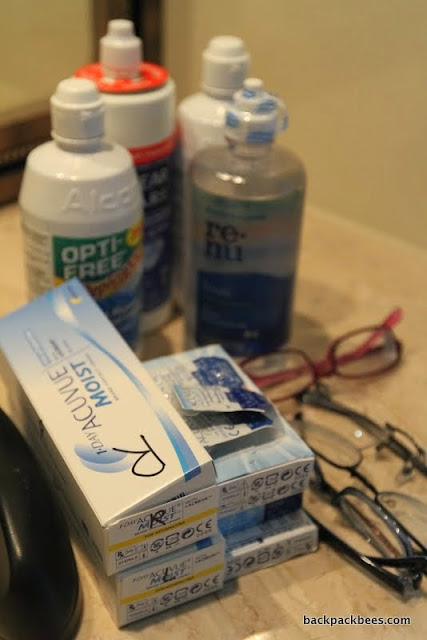 South Korea is known for medical tourism as well as having state of the art medical technology. The icing on the cake is, for the most part is that, procedures in Korea are also significantly inexpensive when comparing to that of the states. For example, in the states LASIK can cost anywhere from $2,500-$3,000 per eye. Also if you have poor vision, you could be subject to paying additional costs. In Korea the average cost for both eyes regardless of your prescription, ranges from 1.2-1.5 million won ($1,200-$1,500 USD).

So now you have a bit of the background. What happens next? Well mr. B and I wore our glasses for two weeks. Reality, you only need to wear glasses for a week, however we wanted to give our eyes a break from the contacts we constantly wear.

We made our appointment with Seoul Eye Clinic, Glory eyes in Gangnam. That was quite the experience in itself. When I called I was told that someone would call me right back to set up an appointment. Just as the secretary said, I received a call back 5-10 minutes later. I spoke with a gentleman, he spoke very well and was clearly understood. The only thing was that after speaking for a few moments he proceeded to tell me he was drunk. I was a bit shocked but in the same breath I thought to myself, well this is Korea the land of one-off. He eventually told me he was going to need to call me back tomorrow and apologized because his mother was very ill.

The next morning I waited until mid-afternoon for a call back. It didn’t happen, so I took matters into my own hands and called back. This time I spoke with a more coherent voice on the other end of the line. I was able to set up an appointment and hotel. Get this, the hotel was free! Score! We thought even if it was basic Korean rooms we were up for whatever because we were both getting the surgery done the same day.

Two weeks flew by and the next thing you know it was the morning of our appointment. We hopped on the train and sought out for Gangnam. The building was very easy to locate and is conveniently right near the subway line / exit. 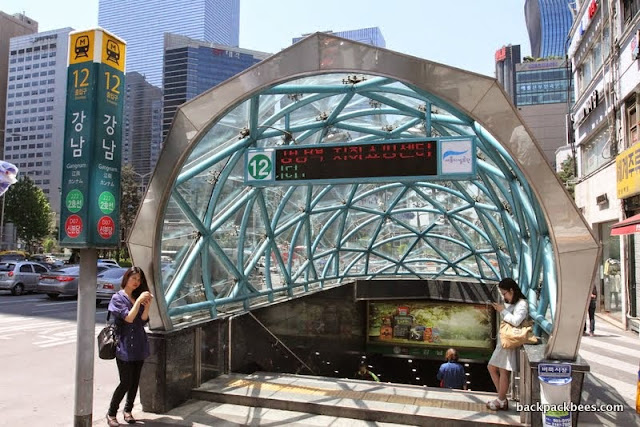 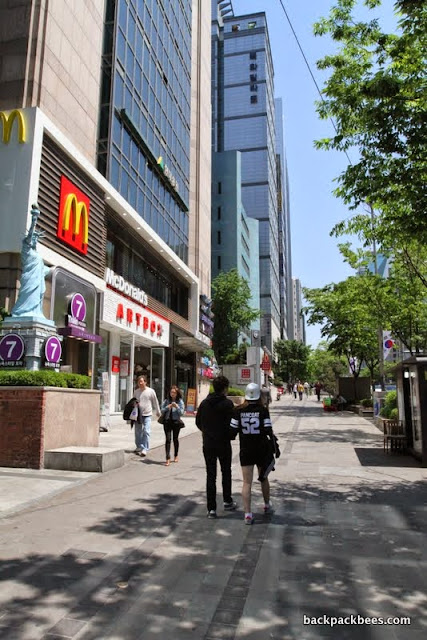 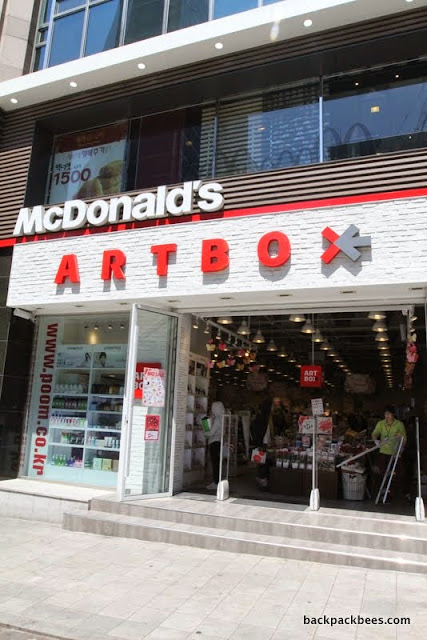 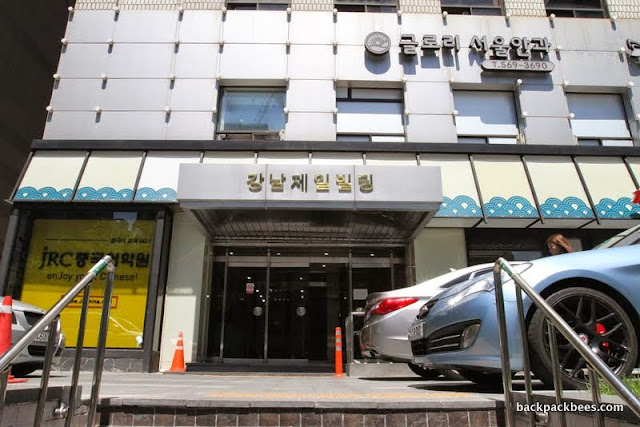 We were immediately greeted by the receptionist. We only sat for about 10-15 minutes (we were early). Then we were individually taken for a standard series of vision tests and examinations. Seoul Eye Clinic is pretty busy, but is fairly large enough to accommodate the constant flow of foot traffic. Korean style, the entire process is set up like an assembly line and waiting queue. We each finished different portions of our test at various set up stations, then take an eye examination with the standard cover this eye read that letter, etc. then sit back down and wait to be seen by the doctor. 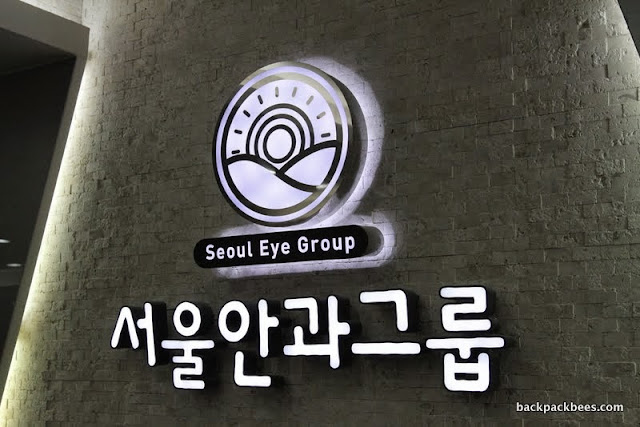 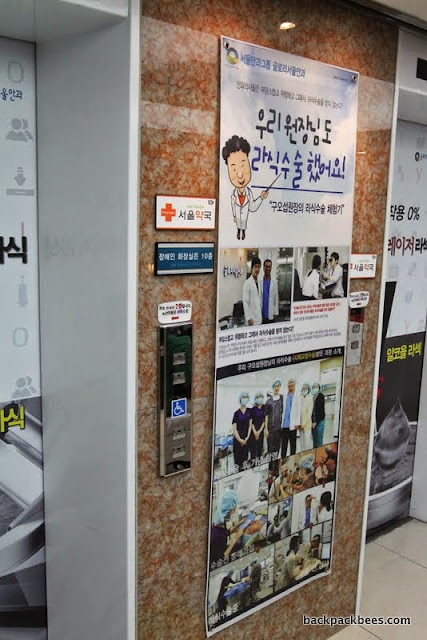 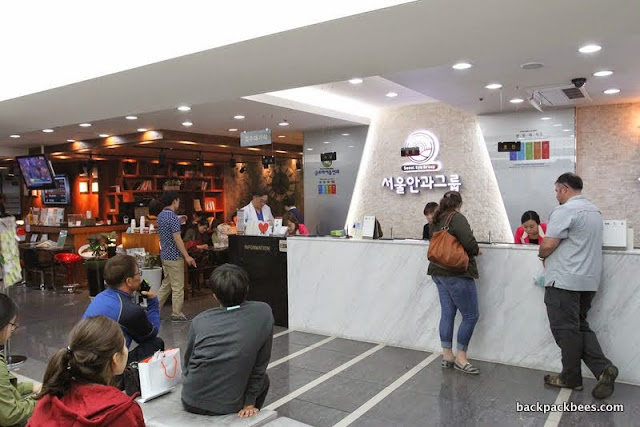 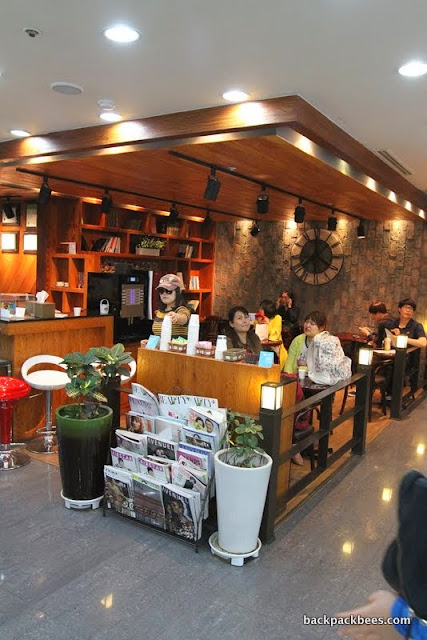 We were called into our doctors office and he is the one to tell you whether or not you’re a good fit for LASEK or LASIK and then proceeds to explain how the procedures is done for each. Thankfully we both were candidates for both procedures because of the decent amount of eye cornea thickness. We both decided on LASIK because of a shorter recovery time and significantly less discomfort post-surgery recovery. The doctor said excellent, let’s get prepped. Just like that we were on our way up the elevator to another floor in the building for surgery.

We waited about 10 minutes, there were three others in front of us. We could hear the laser machine buzzing as we waited and you could also watch the procedures as there were going on. At this point my stomach was in knots. The anticipation leading up to this crazy decision was eating me alive. Could I really do this?!

Just then, Mr. B was then called and taken into the surgery room. The staff cheerfully said you can join him to me. I don’t know what I was thinking, I followed along behind him. The automatic doors closed behind us and Mr. B was directed to lay down and they assisted him with putting on a silly medical cap on. Then they proceeded to scrubbing his face and placing a very sticky mask over your entire face (later to rip out some of my eyelashes and hair on my head), letting your eyes still peep through for the surgery. They then numb/dilate his eyes. Next was the most awkward feeling for the both of us, they suction cup your eyes open so you’re not able to close them during the procedure. Honestly the suction cups were about the only part that feels the worst…but you really cannot feel it, if that makes sense?

After his eyes were suctioned open, the doctor tells him to look at a flashing green dot and then proceeds to peel back a thin membrane off of his eye (Mind you I only know this from the random squeamish peeks and the doctor talking while doing the procedure). The intense part was that You can actually see your membrane being peeled off. Eek! Then the craziest and indescribable feeling follows when they wash out your eye with cold water after peeling back the eye membrane. Don’t worry, none of this experience was painful or hurt, it’s more psychological. The other part that messes with you is that you can smell the eye burning in the air during the procedure.

Bamb 10-15 minutes later Mr. B was done and I was next. A protective contact was put into each eye to protect the recent surgery for the day/night. Mr. B held my hand during the entire procedure and next thing you know I was done. I found it was easier to focus on the opposite eye each time they were working on the one. I also wiggled my thumb to try to take the focus off of my eyes too. Whatever gets you through it.

The doctor then said let’s get a photo! Of course, only in Korea ha ha! We were escorted up to the pharmacy to pick up three sets of drops (Antibiotic, anti-inflammatory and re-wetting drops) . Then back down to the waiting room again, where we sat with hazy vision for the next twenty minutes, putting in eyes drops every ten minutes.

Luckily Kelsey met us at the doctor’s office before hand and volunteered to escort us afterwards. We left the office and the sun was shining so brightly outside, we were instructed to bring sunglasses before the appointment so we thought we were prepared. Then as we walked, in between drops here and there, I just couldn’t shake that feeling of wanting to just close my eyes? We grabbed a very quick-lunch at a Twosome Cafe, then my eyes started to feel slightly better, however Mr. B’s eyes started to feel very irritated. We both decided it was best to just get to the hotel, get checked in and rest our eyes.

The Provista hotel wasn’t that far away from Seoul Eye Clinic. At that point I had some dryness but it wasn’t too bad. We both experienced a soft halo glow. We checked in and immediately went to sleep. We slept for four hours with our super awesome protective goggles on (check out Instagram). We woke up and decided to grab dinner at Outback Steakhouse, conveniently located in the lower level of the hotel. We then even felt good enough to venture out for a walk around Gangnam.

The next morning, Sunday, we checked out and headed to our post-op appointment. Our eyes felt much better. Still slightly sensitive to light but absolutely bearable. The doctor examined our eyes and removed the protective lens from our eyes. He said everything looked great. Hugh sigh of relief!

What an experience! After everything, I’d still recommend getting LASIK done at Seoul Eye Group in Korea! The care was excellent, very foreigner friendly and at an excellent price too! What is stopping you from going?

Now I’m researching where we can donate all of the miscellaneous glasses, contacts and contact solutions to. 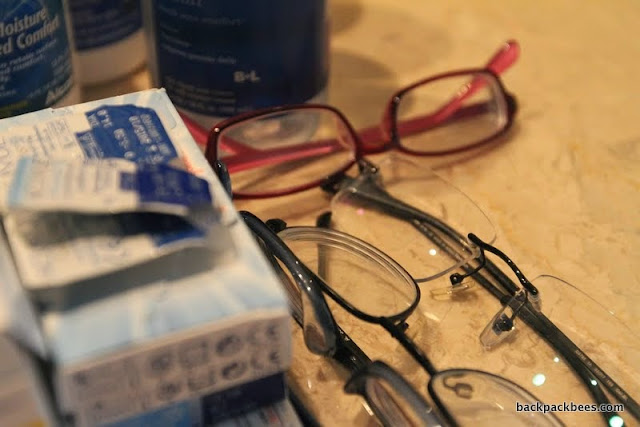 Or subway: Exit 12 from Gangnam Station (Line 2/Sinbundang Line) and walk straight about 30 ~50 meters. Artbox and Daiso will be on your left. Seoul Eye Group clinic is located in the building right next to the Daiso on the left. Take the stairs up to the second floor, you’ve made it!