Welcome back to our kitchen! Pull up a chair at our kitchen island and get comfy. Outside of our mini Mardi Gras feast and unbeetable Valentine cake, we’re sharing the recap of what we whipped up in our kitchen over the past week. We’ve got some exciting nostalgic dishes we’ve made a bit more modern to share with you!

Drumroll please..we tested out four more family recipes from Mr. B’s grandparents handwritten cookbook that dates back to 1949! It’s so special thinking about and picturing Howard and Rose cooking these very recipes together back then in their kitchen, perhaps doing the same exact things were doing in the present day. 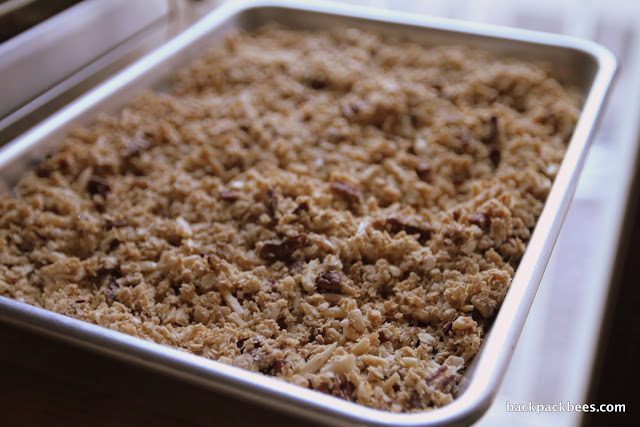 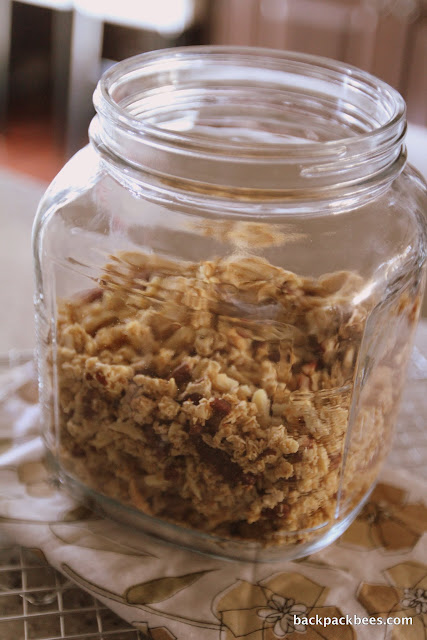 ^
This super crunchy coconut granola! It’s been perking up our morning Greek yogurt and fruit routine. Try it! Next time I’m thinking I’ll use coconut extract instead of vanilla. 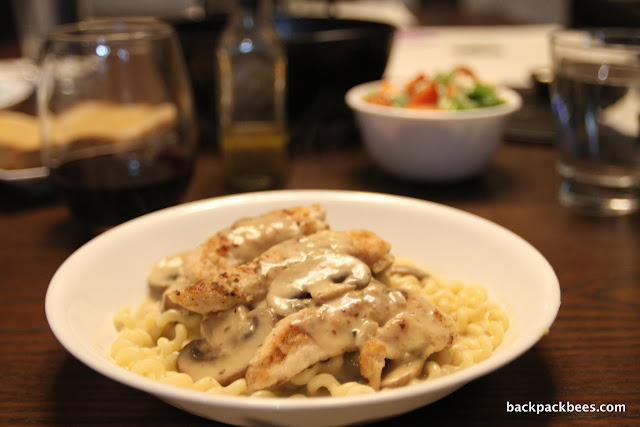 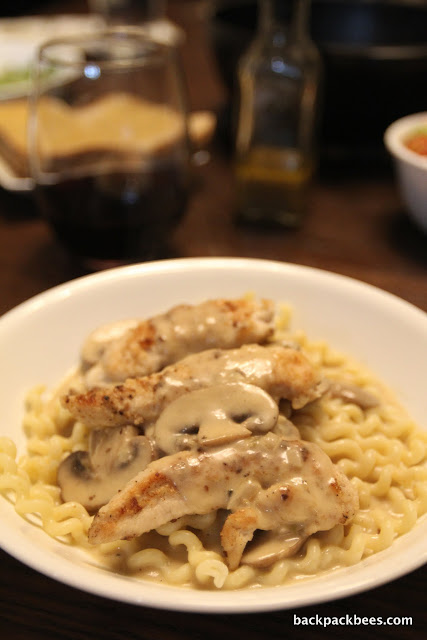 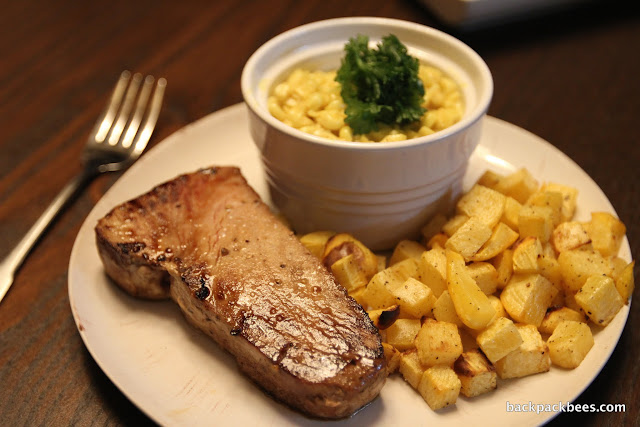 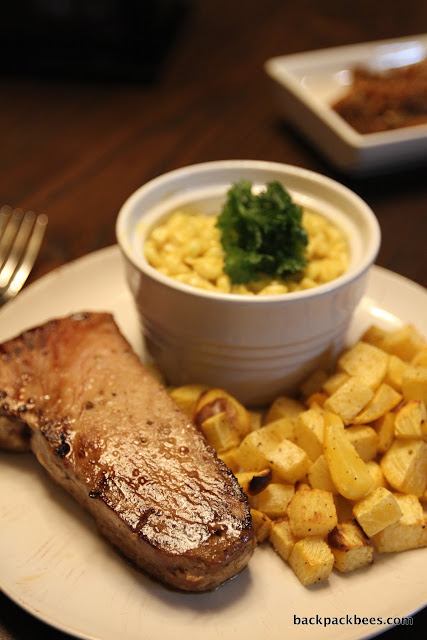 ^
Seared tuna, a fairly regular staple at our table, was served as the main dish alongside of diced oven roasted rutabaga. 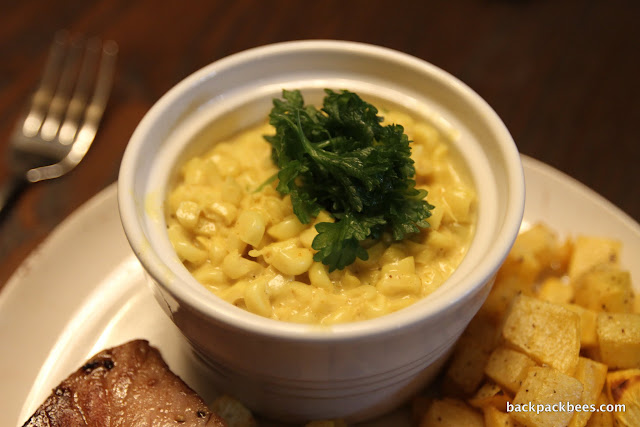 ^
The first family recipe tested was parsley curried corn. Originally we prepared as directed straight from the recipe, but in the end slightly altered it to more of our taste. SPICE! Yeah, we had to kick it up a notch and make it a bit more modern with the addition of hot madras curry powder. This dish was absolutely delicious and is a new favorite for sure. 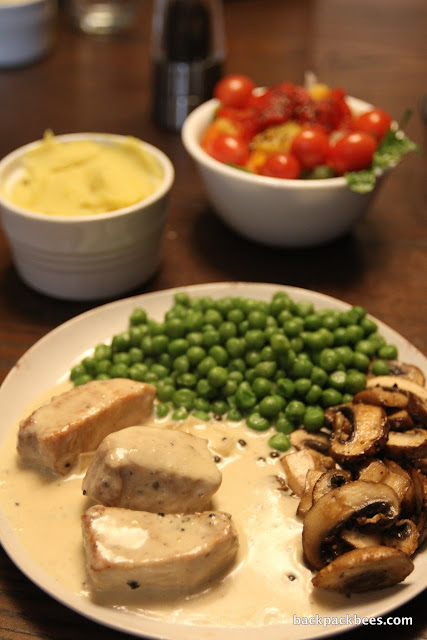 ^
The second B family recipe tested was, pork tenderloin in cream sauce. Again, after preparing as originally directed, we modernized and altered by seasoning to our taste, it just didn’t have the pizazz we were after. We ended up adding green peppercorns and chopped onions. 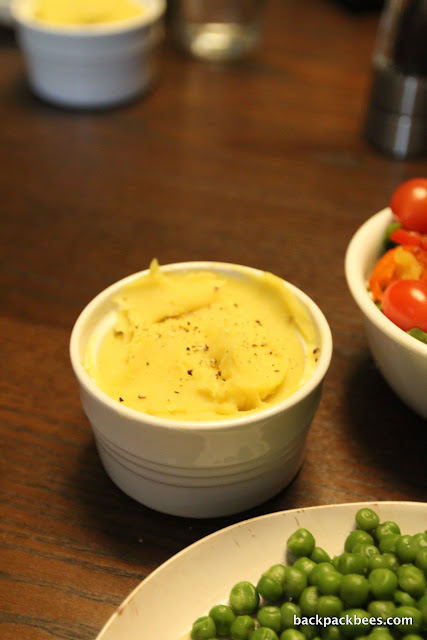 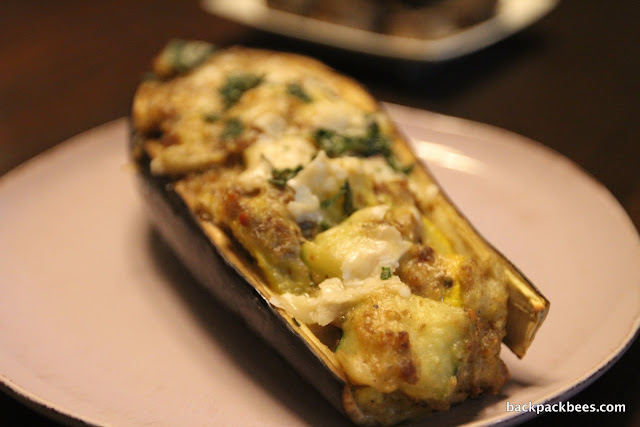 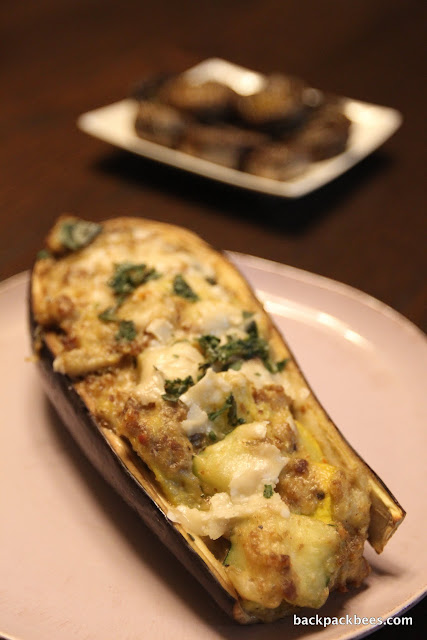 ^
Oven roasted eggplant halves stuffed with zucchini, yellow squash, spicy Italian sausage, onion, and gorgonzola cheese. Like spaghetti, these were even better served as leftover for lunch, the flavors just popped even more! 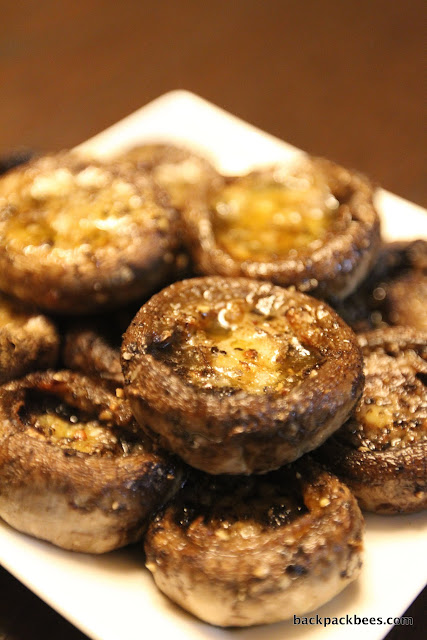 ^
The stuffed eggplants were served with a side of roasted garlic butter mushrooms sprinkled liberally with salt and cracked black pepper. These little guys were like a vegetarian alternative to Escargot! The mushrooms gave the texture and the butter, garlic, salt and cracked black pepper brought the taste. Plus who doesn’t like the fact that the caps hold in all that buttery goodness? It’s all about those vehicles for butter 😉 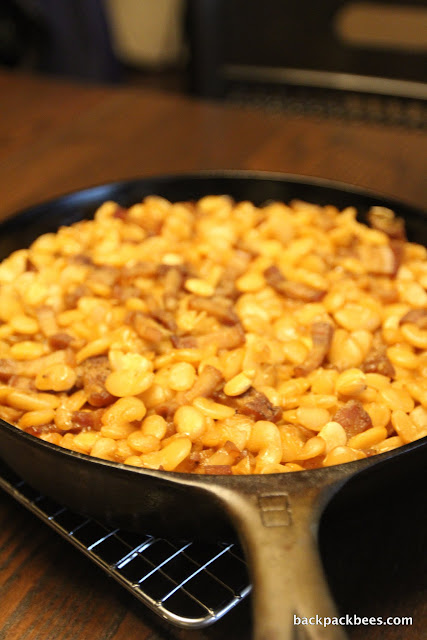 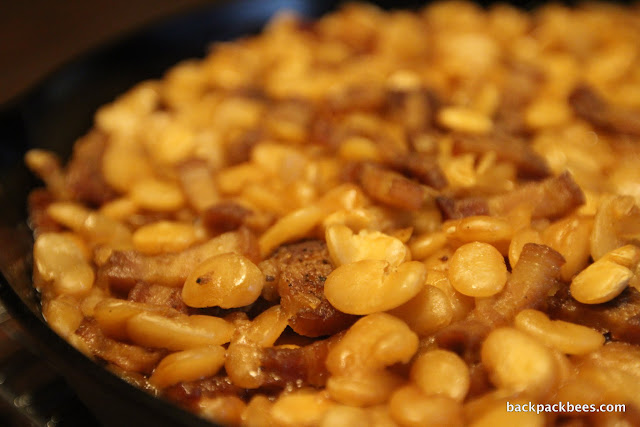 ^
The Boston baked beans used dried beans and minimal ingredients which consisted of molasses, sugar, salt and a bit of pepper and home cured bacon. The Flavor was fantastic! 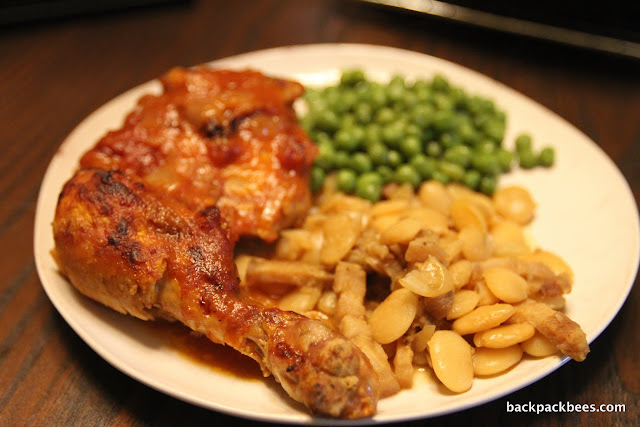 ^
The BBQed chicken was a chicken quartered and the sauce was from scratch. The sauce simmered away for quite a bit of time on the stove, then it covered the chicken and was baked. This recipe was delicious with a delightful blend we were not accustomed to. Oh! the chicken came out super moist too! 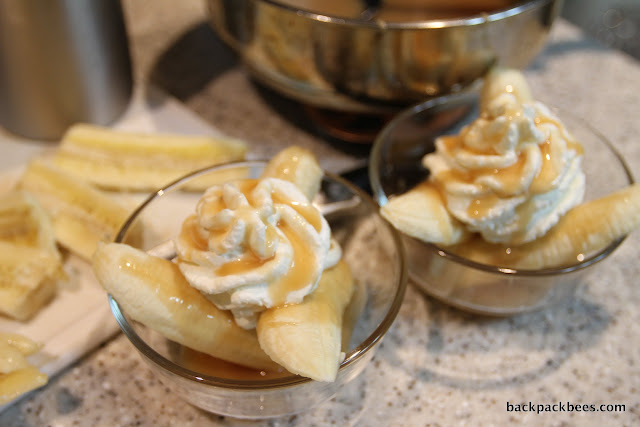 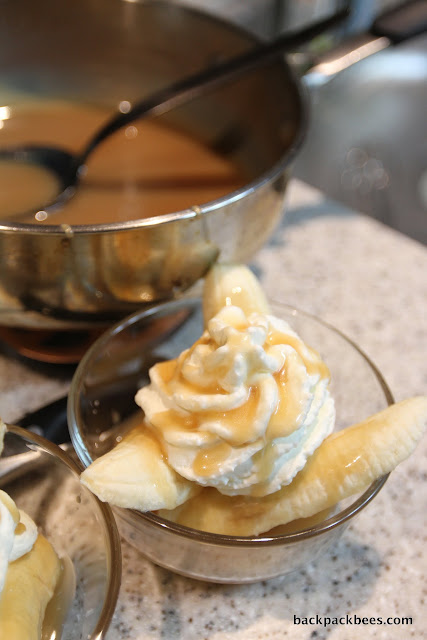 ^
Then there was a quick last-minute dessert created. Inspired by our recent trip to Manimal in Itaewon, Mr. B halved bananas and drizzled them with homemade caramel and then topped it all off with fresh vanilla whipped cream. Boom! Front runner to the Bananimal!