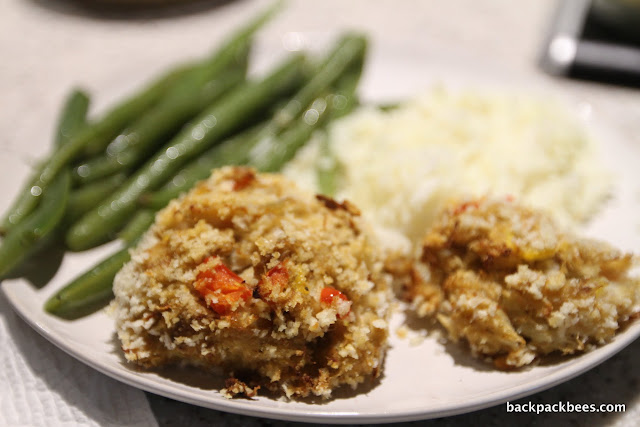 Whooooo lives in a pineapple under the seaaaa??! Hahah sorry couldn’t resist. Did I get that song stuck in your head too?

Crab cakes. Right. Back on topic.

Crab cakes transport me right to the summers at beach with my dad and stepmom. Some of the best memories I have are those days we spent endlessly soaking in the sun, listening to the ocean waves crash on the beach. Ahhhh…. I can practically smell the sea-salt in the air!

Unfortunately I haven’t been able to join them on summer vacations these past few years while we’ve been living in Korea. I have offered the nice “tropical” beaches of Korea to them for a change-up… But… Still no dice. I wonder why?? Lol!

Anywho these memories call for margaritas and homemade crab cakes! Gosh I just love crab cakes! (Fun fact about me: I used to eat broiled crab cakes almost every Friday night, with a side of macaroni and cheese, when I worked at a Social Club during college.)

I went through our Paprika app (by the way have you guys tried that app?! It’s awesome to keep those recipes all organized, and helps you build grocery list. Plus the Mr. and I can access on ALL of our electronics!) and found a crab cake recipe a friend passed onto me sometime ago. I’m not certain where it came from, but I did slightly adjust it to more of our taste.

For the crab cakes, combine crab meat, bell peppers, and onions in a large bowl. Add all of the remaining ingredients and mix gently until well-combined. Using a 1/4 cup measuring cup, scoop crab mixture and form patties with your hands. Dredge the cakes in panko breadcrumbs until completely covered. Place the cakes on a sheet-pan chill until ready to cook.

Bake the crab cakes at 350 for 25 minutes. You want the internal temperature to reach 165F. 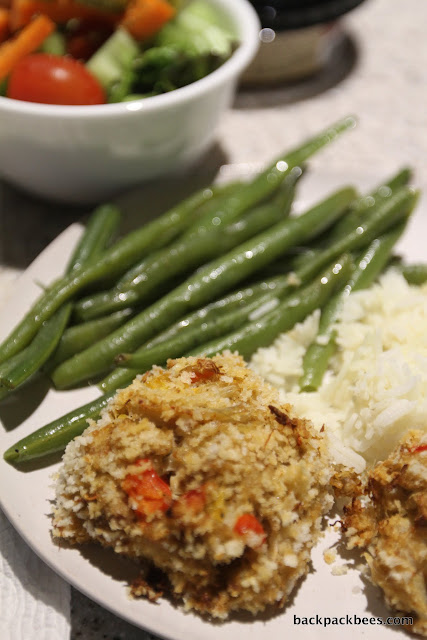 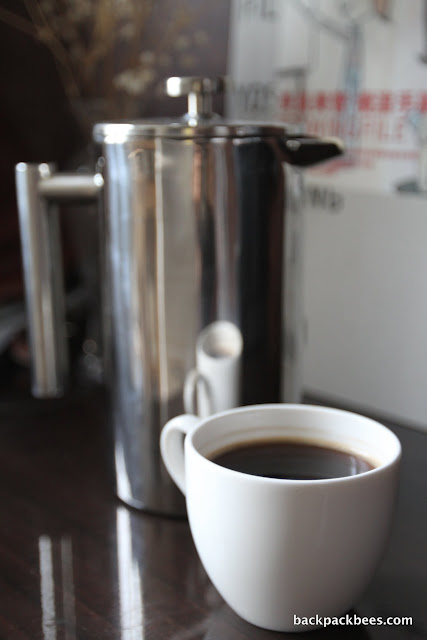 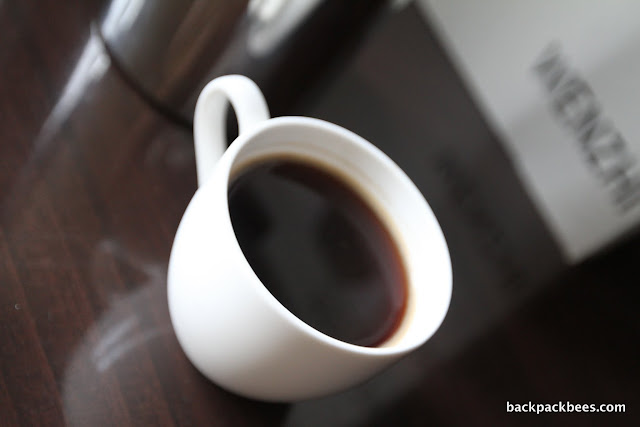 Do you remember the weekends during your childhood? 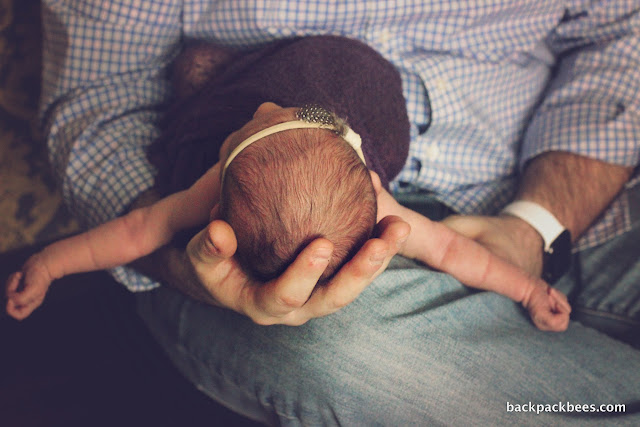 Whether you spent those childhood days growing up with your grandparents, or your parents, do you remember the smells and the sights? Maybe those days involved special breakfasts made by your grandpa that consisted of toad in a hole, or tea parties in the backyard under a big old tree, maybe it was winter weekends filled with mugs of hot chocolate with mini marshmallows and dipping your buttery toast in it while your snow-covered clothing drip dry over the radiators, or it was your dad singing a silly song every time he cooked spaghetti for dinner.

Those days are now the keepsakes our adult brain keeps locked up in special places. 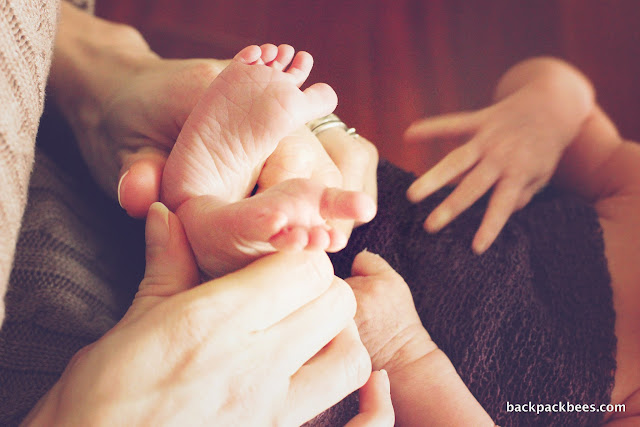 We seem to dig them out when we need to enjoy the nostalgia when we’re feeling down, or just want to smile. 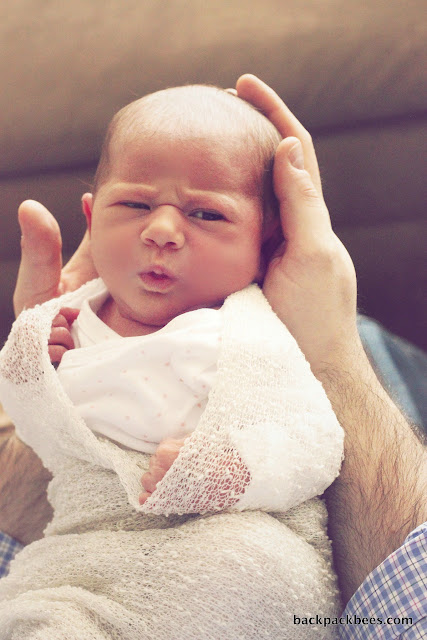 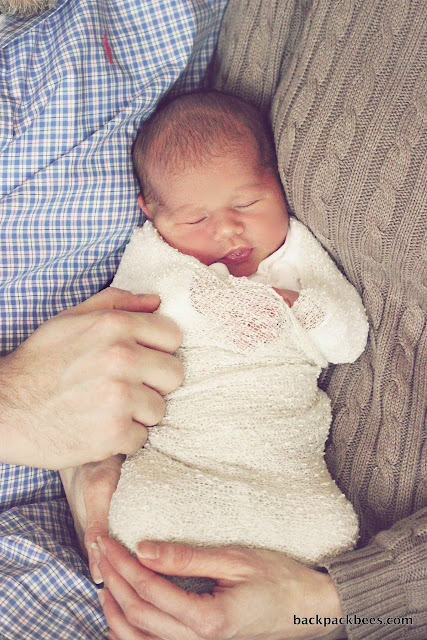 I realize now as an adult truly just how important these little keepsakes are to me. I realize now evermore when I look into my daughters eyes. 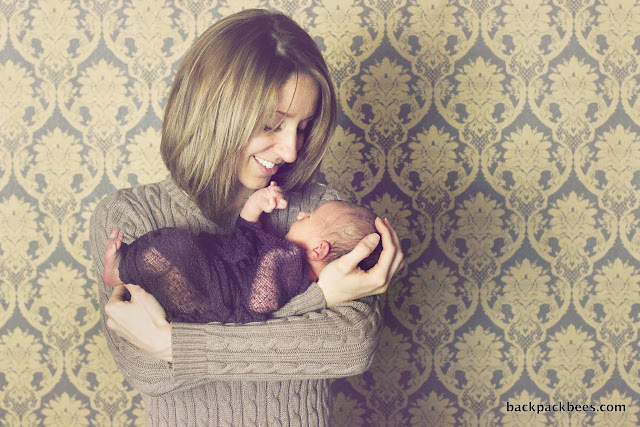 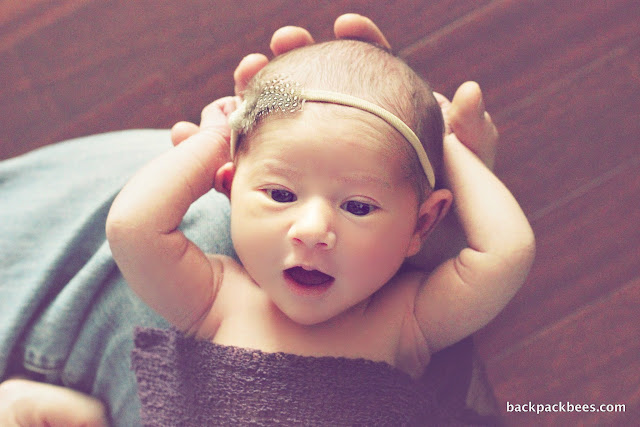 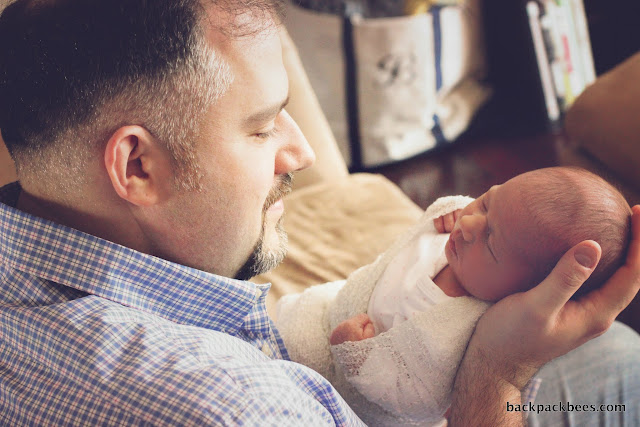 As a parent now, I’m striving to keep my/our weekends, or Sunday’s completely free for our family, making sure to not get so wrapped up in the everyday hustle, just so that our bumblebee builds up those keepsakes of childhood for her adult memory too. 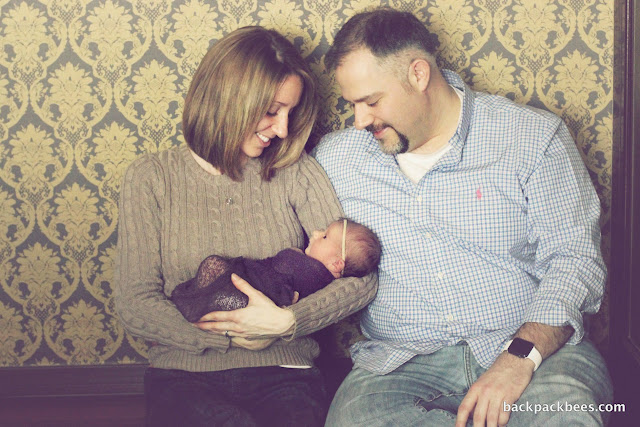 So tell me, what are your weekend rituals? Are you building, or have you yourself strived, to build those special keepsakes with your family?

There are certain times throughout the year that I get very nostalgic about my childhood. So much so, I find myself shortly afterwards in our kitchen baking or making it simply to have a taste of the past. Make no mistakes, I enjoy adulthood and eagerly look forward to the future, but you know those days or moments when they hit you…

Today for me it’s homemade strawberry shortcake. Oh yes, a delicious family recipe that I covet, passed down generation to generation, butter, Crisco and all. No sharsies with this one folks. I know what you are thinking… Mmmm isn’t it sort of out of season to be longing for shortcake? Yes and no. I guess the great and not so great fact about the US is that at any time of the year you can get your hands on imported fruits and vegetables. I try not to be that gal, strive to purchase as much locally, plus we’re currently located in South Korea where local strawberries are divided into two growing seasons, summer and winter.

If you recall on a past blog post in the summer-ish we visited a nearby greenhouse and picked our own. With our winter berries we weren’t as adventures, we simply visit our local vegetable stand and purchase one or two containers a week. (They are that good!) 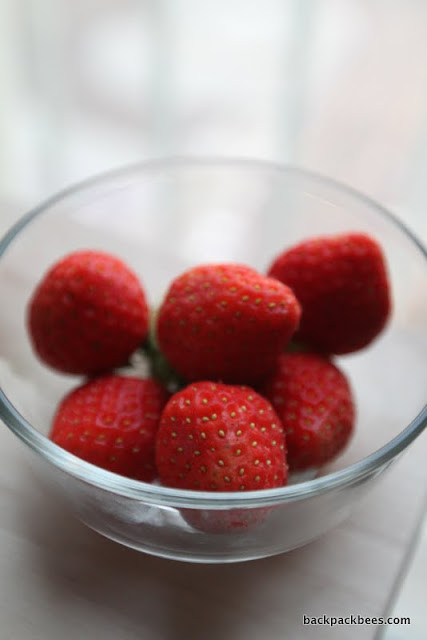 I enjoy learning more and more about anything that surrounds the topic of food. I found it very interesting when chatting up some Korean friends and locals that, the winter berries grown here are Maeyang strawberries, a cross and byproduct of two other strains of strawberries. I am told that these winter beauties yield a higher sugar content, because they are said to breath less at night, so unlike its sister summer berry, it loses far less nutrition, thus losing less of their precious sugar. I can absolutely attest to that! No need to sprinkle a dash of sugar on these little sweeties. Oh and the smell of the berries, imagine the best perfume in all the world!

During my childhood summers we’d always enjoy a nice size slice of shortcake topped with fresh local strawberries, sometimes cool-whip topping, but almost always soaked in a bowl of milk. This cake would accompany a bowl of parsley potatoes. That was it. Nothing more, nothing less. Recently Skyping with my grandparents we had a good laugh because Mr. B couldn’t wrap this mind around the fact that there wasn’t any protein, and the fact that was the entire meal. Hahaha! I suppose it might sound odd to those out there reading this post too, but I confess those dinners as simple as they were, were the very best. My great-grandmother coined the statement that you had to have the salty with the sweet. The saltiness of the parsley potatoes and the sweetness of the strawberries. This was a grandmother that knew her foodie stuff, she’d rather enjoy her dessert served before any meal. I certainly belong to the correct bloodline.

While we didn’t serve parsley potatoes tonight with our strawberry shortcake (party-pooper Mr. B), we did enjoy an outstanding marinated grilled chicken with corn barley salad from Iowa girl eats. The link is here and we didn’t change a thing. We used our fresh corn on the cob that we shucked and froze when it was available. We know you’ll enjoy this hearty easy dish during the weeknight too!

So now it’s your turn to share your childhood meal nostalgia with us. Do you re-visit the past with any sorts of odd meals? We’d love to hear! 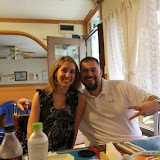 From our last post you know that we left off needing to go back to Songtan for Mrs. B’s suit fitting.
Wellllll… we went, unfortunately the tailor didn’t have anything started and wasn’t prepared even though she is the one who told us to come back this weekend for the fitting. We were pretty disappointed but ended up getting a discount as well as a better deal on some future design purchases.

The trip wasn’t a total loss. We originally planned on trying out a German restaurant that we saw blogged about in the same area.

After the tailors we walked up behind the Asia Hotel and next door to the Sun hair shop to Memories, the German restaurant.
We were told that Memories was opened and operated by the late Konrad Wermers, a native of Westphalia, Germany, who had worked for years as a chef at several major South Korean hotels. In the mid-1990s he opened Memories in Seoul, but moved it to Songtan about a year and a half ago due to the cost of rent being so high.

Today, the restaurant is operated by Mr. Wermers wife who still strives to uphold the same appeal and German cooking.
From the outside as well as inside there really is no glamorous appeal pulling you in. Everything ascetically was very simple. However we basically follow the theory that some of the best foods are served from the most off the beaten path places. Like normal, we wanted to try the place out and determine for ourselves.

Memories menu looked pretty promising. Unlike our experience at the German Haus the other week this place actually had offered German staples like the Wiener schnitzel, Jaeger Schnitzel, and Zigeuner Schnitzel.

The menu also features appetizers such as snails in herb butter, smoked Norwegian salmon (of course Mr. B had to order), soups and salads; soft drinks and a variety of German beers. Also unlike the German Haus, there is no bar, no home brewed beers, or mixed drinks.

What you need to know:

The menu and staff both read/speak English. There are tables and chairs (no sitting on the floor options avaliable).

Our final opinions about Memories are we recommend the Jäger schnitzel with mushroom cream sauce as a main dish. Perhaps the smoked salmon with capers and horseradish dipping sauce for an appetizer and while you’re at it, wash it all down with a nice cold bottled German beer.

We are glad we grabbed a bite to eat at Memories. We would have loved to chat with and experience the cooking of chef Wermers but what can you do?

After dinner we went back to our favorite coffee shop where we enjoyed our frothy delicious favorites and picked up the tea order we placed the prior week. (Mrs. B might have found something to obsess about just as much as Mr. B does with his coffee).

We wanted to include a map for you in case you are ever in Songtan around the Osan Air Force base searching for a chill place that serves up delish drinks and dessert. 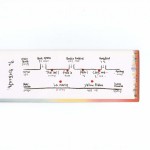 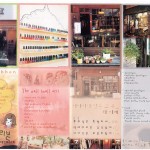 Just sitting here reminiscing about the weekend and how crazy it is all the memories we have already made in this little coffee shop. We always end staying for quite awhile just talking and laughing until we cry. Ha-Ha this time specifically we had an audience. Our travel buddies were laughing so hard at our conversation it made the Koreans sitting behind us start to laugh. It was comical!

It’s been such an incredible journey up until this point. We don’t take anything for granted and we feel that we are incredibly blessed to have met such amazing friends from all walks of life from all over the world. We are thankful to these friends that have accepted us for who we are and welcomed us in like family. We wouldn’t trade the experiences in for anything in the world.

Hopefully we didn’t ramble on too much. Thank you for tuning in and we hope you enjoyed our weekend trip.