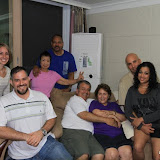 Not sure what Chuseok is? That’s okay we Bee’s were culturally unaware ourselves until we moved and were quickly immersed in South Korea. Isn’t that funny how culturally unaware we are as Americans? Typically we take on the attitude of well this is America and anyone moving here should immediately embrace everything American because that is just the way it is. Sad, but we all know it is very true. We are rude sometimes and believe that if you don’t speak fluent English there is something wrong with you.

Living in a different country really opens your eyes and makes you step outside of your teeny tiny American bubble. We talk about this almost daily. We talk about how where we have come from in our small hometown people are so close minded and afraid of anything out of the norm. Culturally Asia really offers things to us that we would love to instill in our children one day. The importance of trust, acceptance, kindness, and just how important family really is.

Unfortunately, if and when we do move back to the states we will also have to teach our children the importance of not being able to trust to much because people will take advantage of you, that you cannot always accept kindness as a real kind act like taking a piece of candy from a stranger, and that family can sometimes turn ugly and be ruled by a fickle jealous bone due to money.

So back to our statement of what Chuseok is. Chuseok is known as one of the biggest holidays celebrated in Korea. Often Chuseok is known as the Korean Thanksgiving and get this, it last THREE DAYS! This year Chuseok falls on September 11th through the 13th. Yes, another thing the Korean’s know how to do! Chuseok is a time when Koreans travel back to their hometowns and celebrate together, share family stories, give thanks to their ancestors, and of course eat a delicious spread of food!

Yes Chuseok is known as the Korean Thanksgiving but there isn’t a turkey or pumpkin pie like the Americanized version. Koreans celebrate this holiday with Songpyeon. Songpyeon is a half-moon shaped rice cake that are filled with various things like sweet bean, chestnuts, even sesame seeds. Something really treasured and valued is when the Korean families are together making these treats. I guess very similar to when Americans get together and prepare the turkey and such.

You can totally forget trying to travel anywhere in Korea during this holiday! The roads are very chaotic…even more so! ha-ha! If you are trying to go somewhere, it is best to call in advance and make sure that the place is even open. Much of Korea is basically closed down on Chuseok (Including Mrs.B’s work). Well let it be said.. we warned you!

During Chuseok families will visit the tombs of their ancestors. We have tombs right behind our apartment. We catch ourselves almost daily looking outside at the beauty of the green mountain side. Today and the next few days we will see Korean families on the mountainside removing weeds and trimming plans that may have grown around the site. korean’s also drink or offer food to their ancestors while they visit.

We snapped a few pictures of our very own Italian version of Chuseok. Just kidding, we had a dinner with friends that have become our Korean family and celebrated each others company. What a great night!