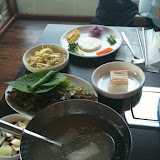 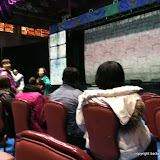 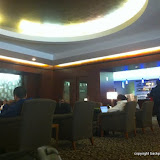 So now we are on twitter as well, “Backpackbees”

OK so now we are on faceboook as well, “BackpackBees” is our page name so please “like” it.

I just setup our youtube channel (yes I realize that there are no videos yet).    Our channel page is: http://www.youtube.com/user/backpackbees Now that we have our camera and equipment we will be posting some videos very shortly.  In the beginning of April we are going to the Cherry Blossom Festival in the southern part of the ROK (Republic of Korea a.k.a. South Korea) so check back for some videos and pic of that trip.

Hello! Or as you say formally in Korean “Ahn-Nyeong Hah-Seh-Yo”! Most of our friends and all of our family know that Sarah and Bean have made it safely this week to South Korea.

Before leaving the states for the most part friends and family would ask what I thought or felt about having to take the 14-hour trip on the plane. Well, who would want to be stuck in a seat or cage for that long?! Honestly, I have to hop up on my soapbox for the very first official blog post and tell you that Korean Air is an absolutely fabulous way to travel!

First, I will take you through the very important details of the flight. The food… ha-ha just kidding! The flight crew was so calming when it came to shipping Miss Bean in the cargo area of the plane. They were incredibly welcoming and attentive through the entire process of arrival at stateside airport, in flight, as well as working my way through customs with Bean and the baggage.  When I was stateside arriving at the airport with my in-laws for departure I had so much anxiety about how the flight was going to be for my animal and the fact I had never been on a plane for such a long trip. 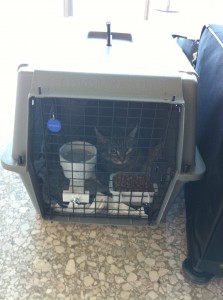 Once on board they provided you with some pretty neat comforting amenities. The amenities included a pillow, nice sized blanket, slippers, toothbrush & paste, a little clear plastic travel case, and headphones. They also had the screens inside the headrest in front of you loaded with your flight itinerary, new movies in Korean & American, music, video games, and historical/ tourism facts for South Korea. 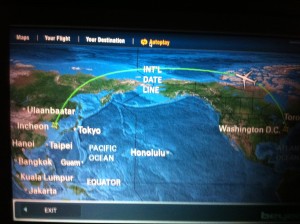 This is also one trip that you don’t need to worry about being hungry on. I of course was worried I’d be hungry on the flight so I grabbed a very nutritious cup of Dunkin Doughnut munchkins. I was delightfully surprised that they keep you fed and well hydrated on the voyage. Oh and I must add it was actually really yummy too!

I snapped some pictures of the Bibimbap they served for lunch as well as the chicken and rice dish for dinner to share with all of you. 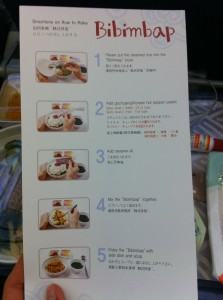 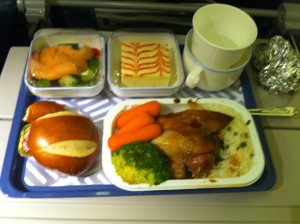 I am sure my family is thinking what in the world is Bibimbap?! Basically this traditional Korean dish has rice, zucchini, spinach, shittake mushrooms, doraji, bean sprouts, ground beef. They provide you with a packet of sesame oil and a little tube of gochujang (red-pepper-paste). Then you mix it all up! With the Bibimbap they provided you a seaweed soup that you can add into your bibimbap to moisten the rice and mixture a bit more. All and all I have to say it was pretty delish! Another side note I must add is that they serve you the bibimbap in a porcelain bowl instead of some crummy foil or plastic one along with metal utensils! 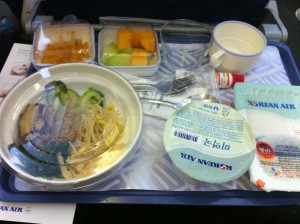 So now I know our friends and family are thinking how did our Sarah become so well versed in the terms of the food and how it all works together somewhere over the international date line. Well, I had the pleasure of sharing my flight row with two sweet little Korean girls who schooled me in everything that was going on with the flight, food, and pretty much everything else in between. They were flying with their mother, father, and adorable little brother. I had to snap some pictures of my adventures with them! After a 14 straight hours flight they basically adopted me into their family! 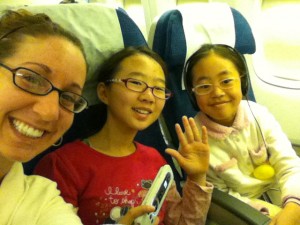 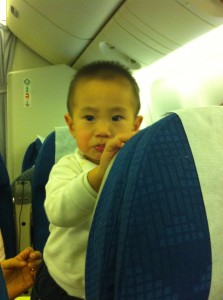 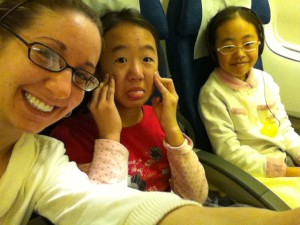 So the moral of our entire first blog post is FLY KOREAN AIR! We promise you will not be disappointed!

To leave us feedback or comments click on the clipboard! Go ahead, you know you want too…

This is our first post…we will be customizing the site throughout the next few weeks in-between traveling and work.  We are glad to have you and hope you follow us.